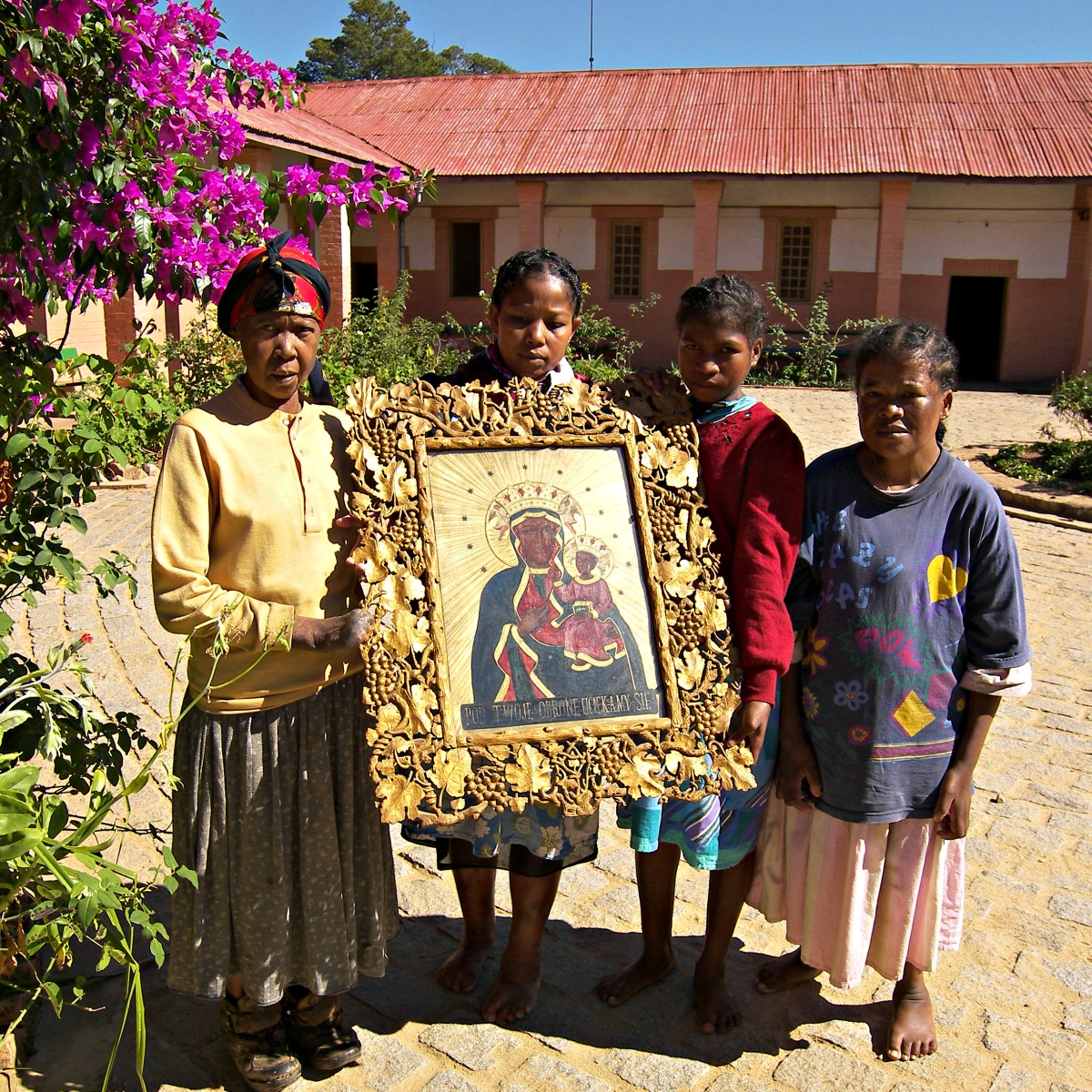 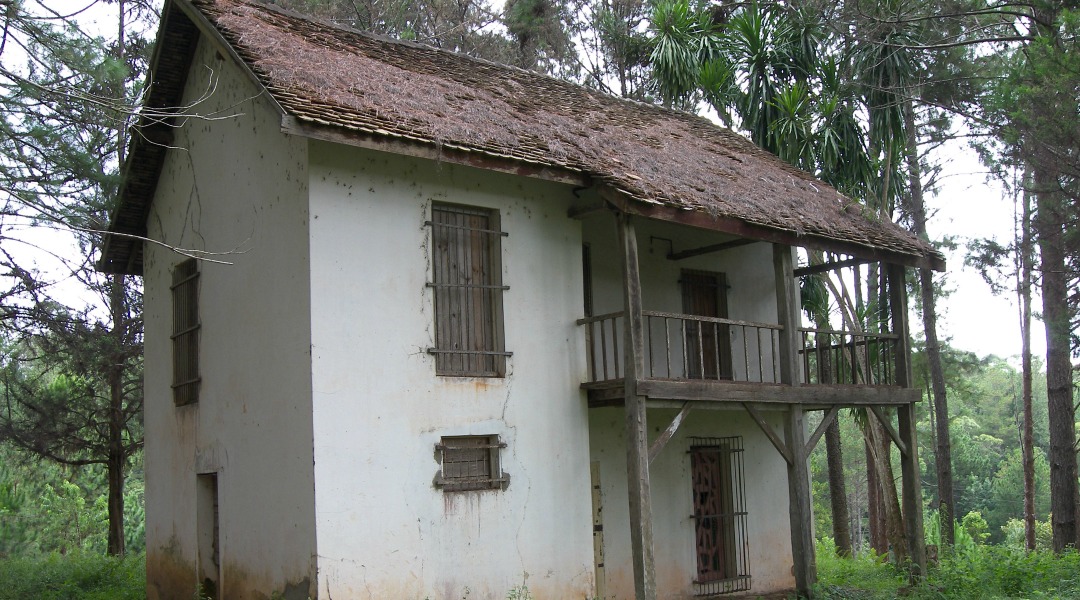 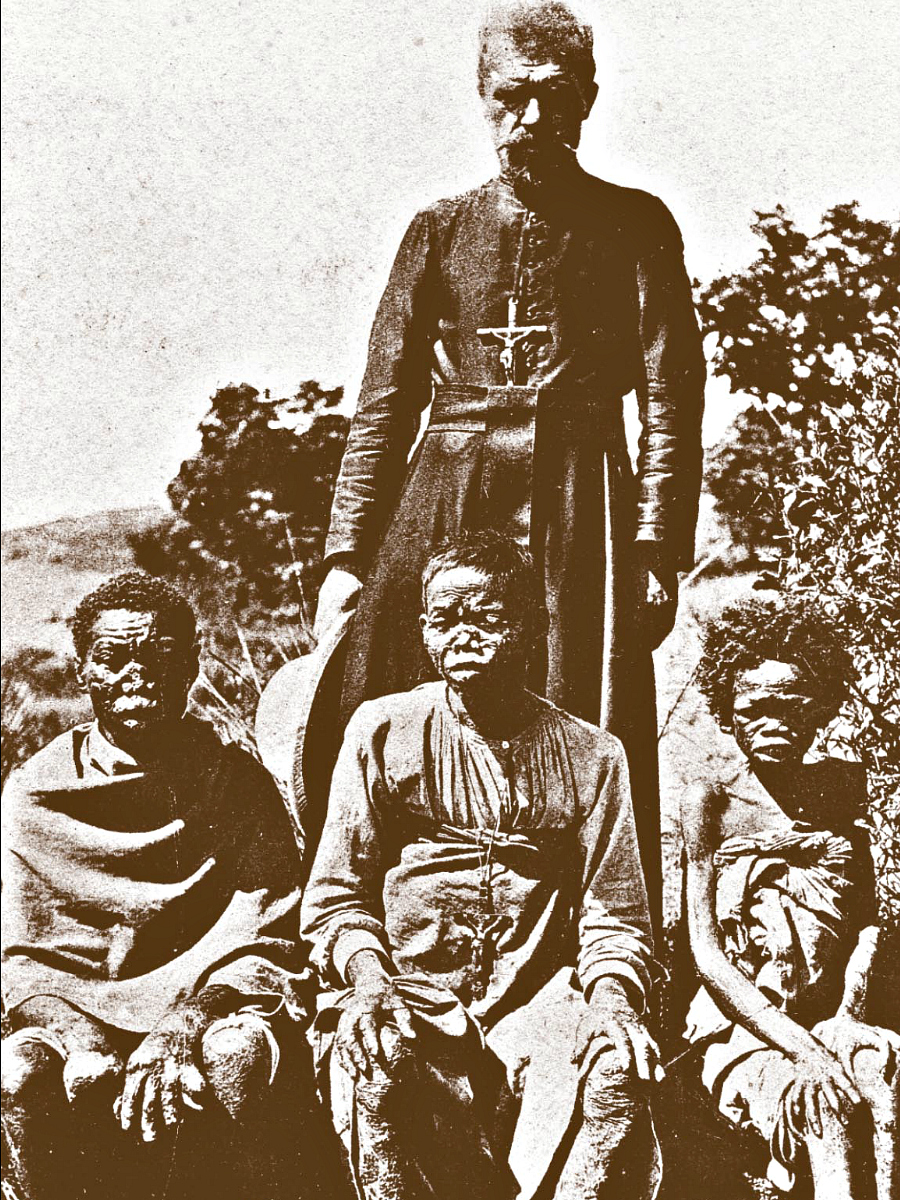 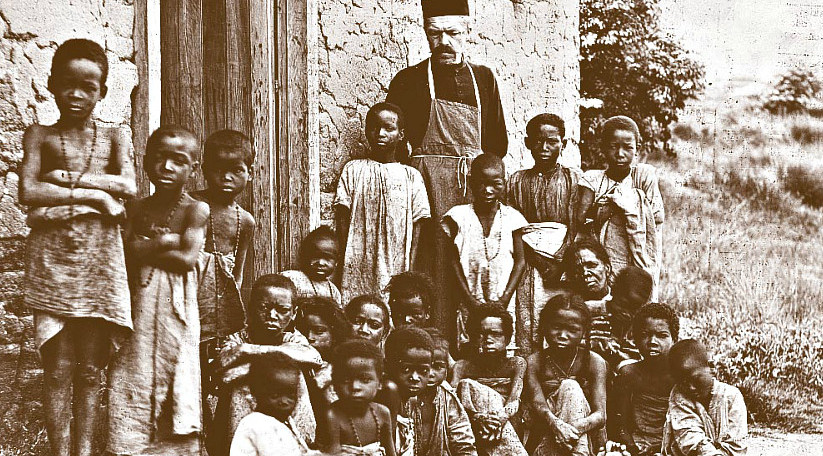 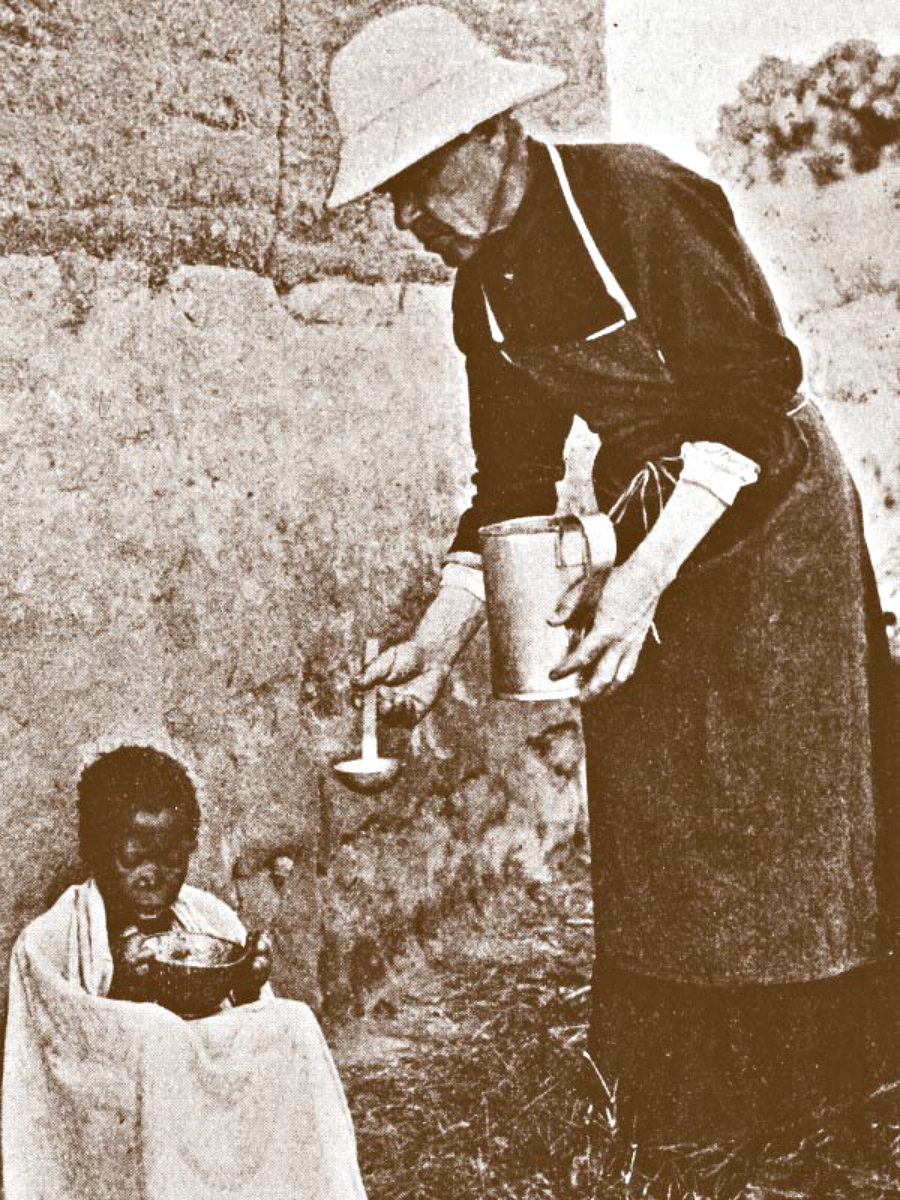 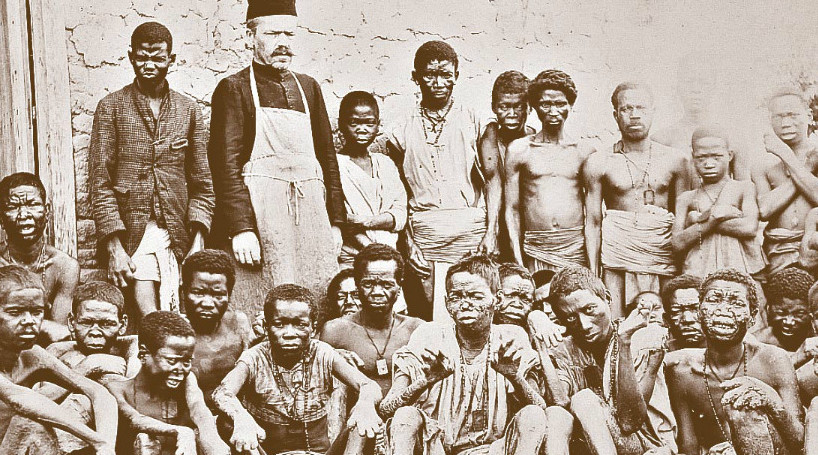 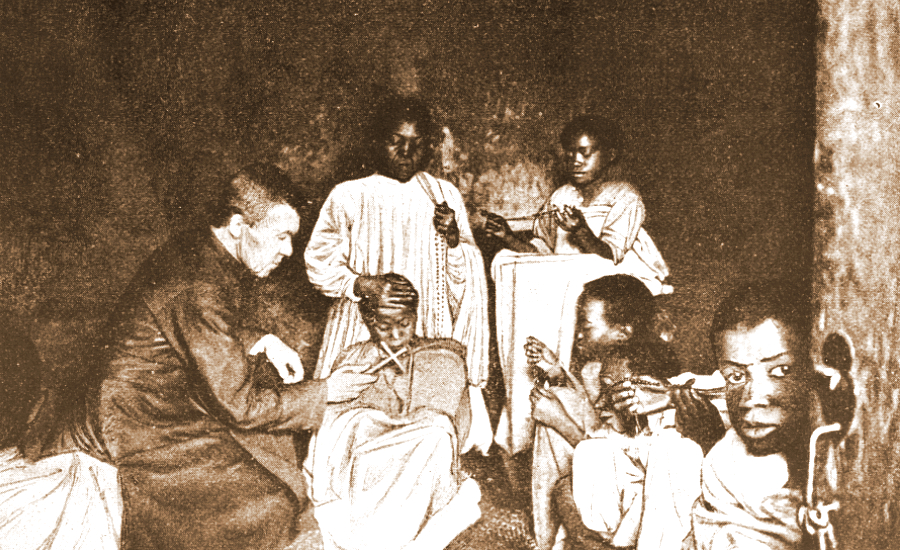 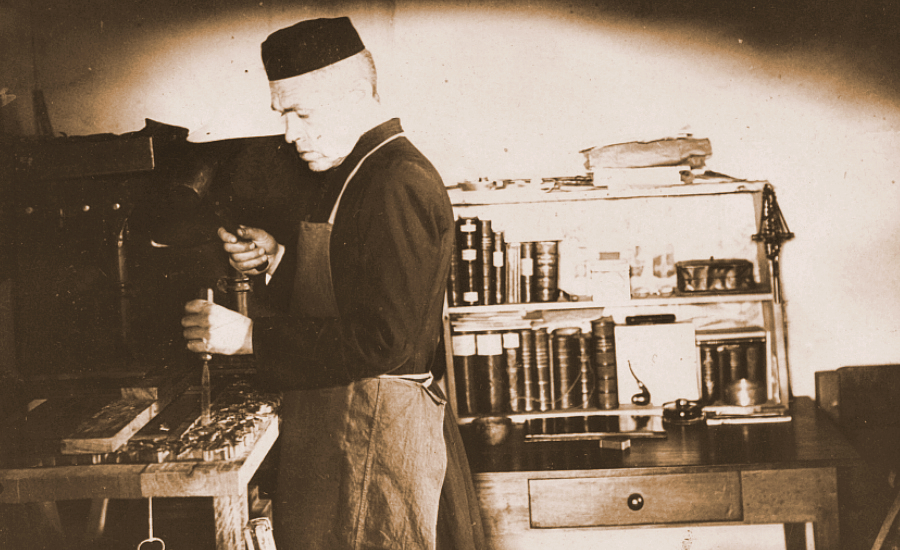 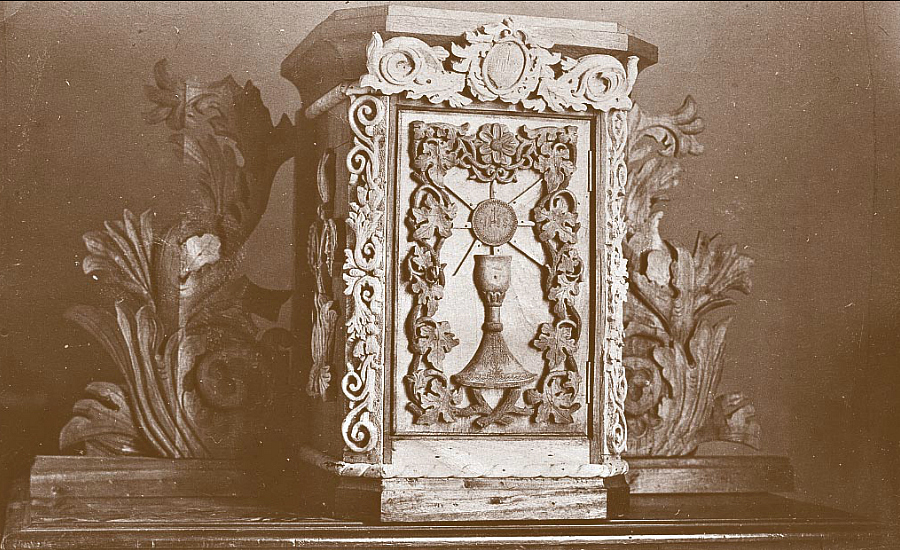 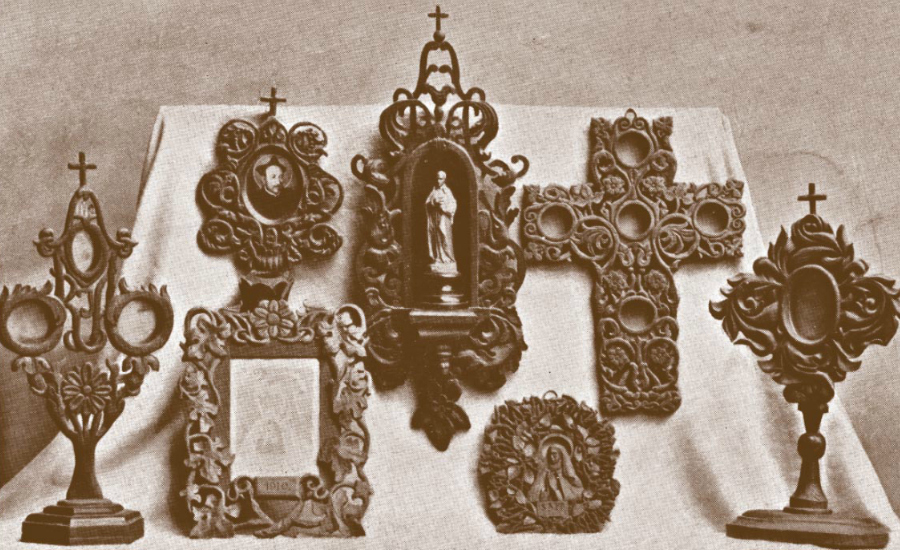 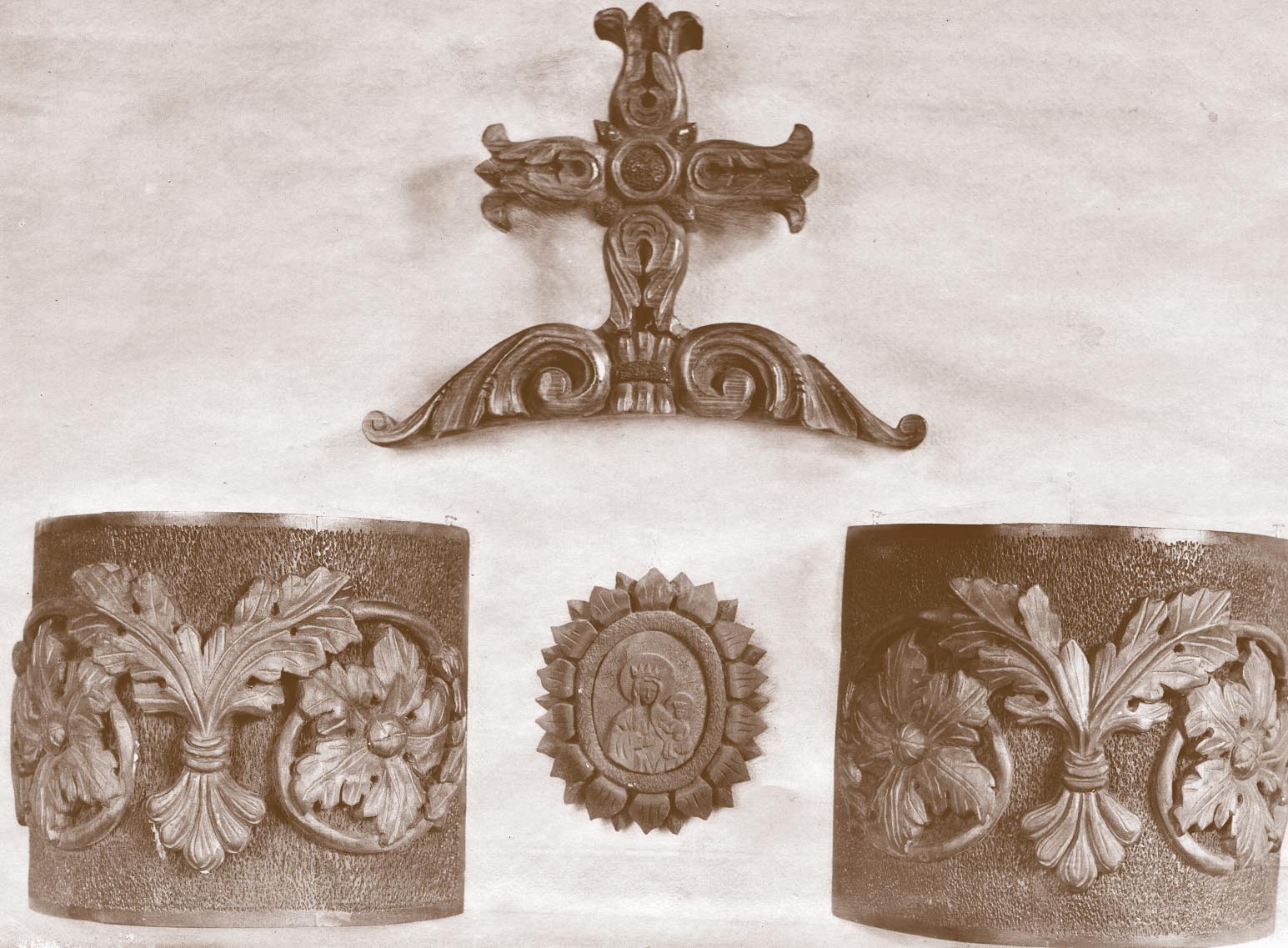 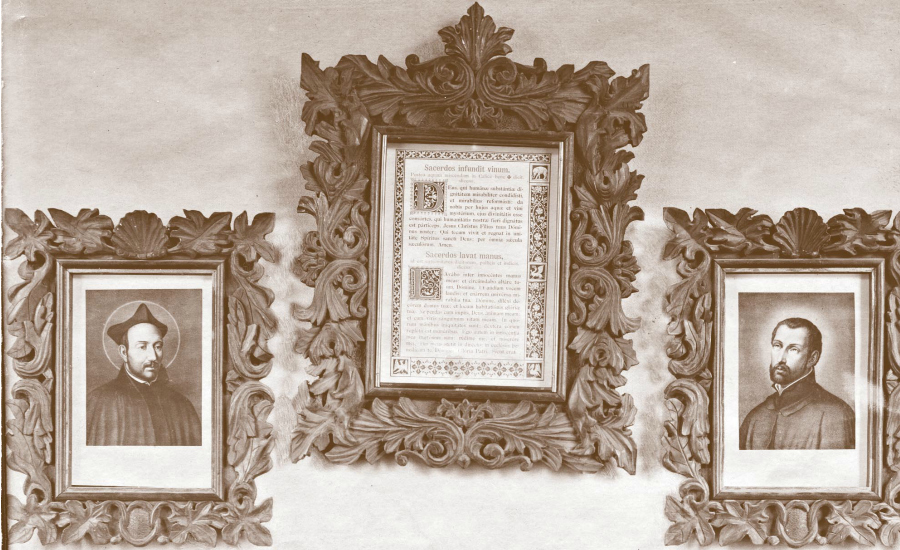 Thanks to the written documents of Father Beyzym, especially his letters and the accounts of the people who knew him personally, we can characterize the key features of his spirituality in a synthetic way without any fear of making a mistake or exaggeration.

Firstly, it is his faith along with the adamant hope and persevering love in the most difficult life situations. Always and in everything, because of the discernment, love and the search for the greater glory of God and common good of people who were entrusted to him, the poorest and the most miserable, his “chicks” - the lepers of Ambahivoraka and Marana. Mighty, continuous, manifested in his everyday life, the cult of God’s will, cherishing of God’s will and boundless confidence in it. Living and Pius love for the Personality of Jesus Christ in the mystery of His Cross, Eucharist and the smallest brothers of His. All-embracing devotion to the Mother of Jesus - Mary accretes in him deeply. This outstanding feature places him next to St. Maximilian Kolbe. The cult of the Guardian Angels and Saints Advocates. His attachment and devotion to the Catholic Church growing from the tradition of the nation (semper fidelis - always faithful) and the religious formation¹, his concern for the growth and purity. This is the freedom from faults against the faith and sins.

His caring love for the lepers, combined with the Apostolic zeal for the salvation of the souls everywhere, especially on Madagascar and Sakhalin. That care, that zelus animarum (zeal for the salvation of souls) simply burns him out. This is the parent of the constant pain for the sins and the fight with the causes for sins. This is the source of the stubborn, unresting and ten-year long fight for the construction of the hospital, not only for the sake of the sick bodies, but also for the sake of the souls of those entrusted to him.

And further are typical Ignatian characteristics - the criteria for the choice of mission and Apostolic ministry², prudent love (caritas discreta), aiming at and opting for everything, which in this very situation serves to the greater glory of God and greater common good of people, missionary, apostolic, ready to turn the steps to another mission field, transferring the performed work to somebody else in order to develop the new ground, e.g. in Sakhalin. That is to say, a typical mobilitas ignatiana (Ignatian mobility). Monastic obedience - Father Beyzym does not send him himself, his Superiors send him. His missionary activities are within the framework of obedience, even in the cases when he sometimes has to address the higher-level Superiors from the lower-level ones. It was painful obedience sometimes.

His desire for “more” - magis, i.e. his magnanimity is and is active on the grounding of the “holy indifference”, that is to say, the readiness for anything that God wills of him, or it is the will of the Holy Mother, expressed by the will of the Superiors or the life events and the situations.

This is the state of spiritual freedom, being in order for God and at the same time, it is spiritual poverty as one does not possess anything, even one’s own will or disposition. He is all dedicated to God’s will and disposition. In such a way he wants to be the obedient God’s and Maria’s instrument in the fulfillment of the Creator and the Saviour’s salvation plan.

Everything that happens in Father Beyzym’s life happens in a constant prayer. The prayer is the breath of his soul. He is, following St. Ignatius Loyola, “contemplative in action”. Busy, overworked, not getting enough sleep, overloaded with everyday affairs, fighting thousands of difficulties, but at the same time - a man of prayer, which is his life blood. He never had enough time to pray. He prayed always and in every place, searching and finding Our Lord everywhere in the spirit of the Spiritual Exercises and The Jesus Society Constitutions. He is akin to Paul. He tore his heart between his desire of Heaven and longing for God, Jesus and Mary and desire to stay as long as possible on the earth to serve and help the least of these who he does not want to leave. (Epistle to Philippians 1, 21 - 24)

Father Beyzym was an ordinary man, righteous and that is why very obedient. The simplicity of his letters, avoidance of the content and style exaggerations, treating the things, that may be considered as his heroic deed, only as his duty, poor and obedient dedication to the poor and miserable, attributing everything, which is good, to God, His grace and Mary’s intercession and to prayers of others for him and his chicks, living comprehension of his littleness and fallibility, even more, his indignity and peccancy - here are the manifestations of his obedience. And this obedience is courageous and enduring as he does not rely on himself, does not trust himself. He is courageous with the gift of courage. He is as patient as a man, who is overfilled with the admiration for the Crucified Jesus and who knows that “there is no crown without the cross” and per crucem ad lucem (through the cross to the light). While his blood sometimes boils, he is on God’s and Mary’s will, he goes on, lives, suffers, waits and is patient in adversity. He often repeats the words of Jesus: “Your perseverance will win you your lives”. (Luke 21, 19)

He is grateful because he is obedient. Gratitude is a perfect sign of his spirituality. He is always and sincerely grateful to God, Mary, people. Comprehending his own incapability and weakness, he often begs Mary, in Her benevolence, to reward all the good that has been done to him or his supervisees. He is too righteous, honest and humble to be ungrateful.

Father Beyzym is poor and loves poverty. He lives among starving and even dying of starvation. He lives low and providently, not better than his chicks, sharing their sorrows and joys with them. He loves them and associates himself with them. His everyday life was tough, hard and mortifying. He never pampered himself. He had been living for fourteen years among the lepers as one of them. His life was a test of his sacrificial and servant love to Jesus in those poor brothers and sisters of His. He never complained and never thought it to be a great sacrifice.

He was a realistic, shrewd and anticipating. Father could size up situation and could not stand halfness and what he called “stopgaps”. He hated unobliging words, such as “later”, “after”, “then”. But, if he were to wait because there was no way out, he saw there God’s will or decrees of Heaven, then he could wait patiently and persistently.

Being loyal (he had a lot of friends), he was very humane, sincere, without a hint of a pose, open and true-hearted. His letters, full of the genuine zest, found their way to the readers’ hearts owing to their undissembled sincerity, openness and humility, flavored with the subtle humor with no sign of a biting irony.

His prudence and discretion were the care to lift the spirits of his fellow beings, but not to dispirit them. Everything he wrote in his personal letters to his friends and which sometimes was very painful, was to be kept a secret, to be only the stimulus to pray for him and his tough life, but not to be discussed in public.

He was a gentleman. He was well-educated by his family in the times of occupation and his early years were difficult, poor and marked with the hard labor. Well-educated by the Society of Jesus, he spent his green years and adulthood working as an educator and a care giver in Ternopil and Chyriv boarding schools. The sunset of his days and till the last (from the age of 48 to 62 years of age) he spent serving the lepers on the outland. The man of the adamant faith, hope, of big tried and true love, the man of kindness and benevolence, the Jesuit, who treated his vocation seriously and was grateful to God and Our Holy Mother for it, the fervent Apostle for the souls salvation, searching for the everlasting good and persistent in its implementation, facing difficulties stout-heartedly, tempted to get discouraged, conquering those temptations with God’s grace, Father Beyzym was the Servant of God and people, a valiant man with the soul of a child in the evangelic meaning of the word.

He was not Hamlet, tormented with doubts. There was a lot of John the Baptist, Jesus’ faithful friend in him - the servant, who could become humble for His growth and who never resembled the reed moved by the wind. The power of faith and love, sincerity and noble simplicity, daily ordinary, impelled by the desire of the great gift (magis) in self-sacrificing service for the others, without any admixture of the quest for his own self, emanated from him. The man of preexistence, the faithful follower of Jesus, devoted to God and people, the most scorned and outcast, to the end of his life. It was the love of the Crucified Jesus in the smallest cells of His suffering body. Father Beyzym was faithful to this love for life, down to his full of pain death.

*This text is a fragment of the series of articles entitled “The Apostle of Madagascar Spirituality” written by Father Mieczyslaw Bednarz SJ (died on February 26, 1993), which were published in 1987 - 1989 in the Jesuit magazine “Our Affairs” (“Nasze Sprawy”).

¹ Ref. The Rules for Thinking with the Church in St. Ignatius of Loyola Spiritual Exercises.