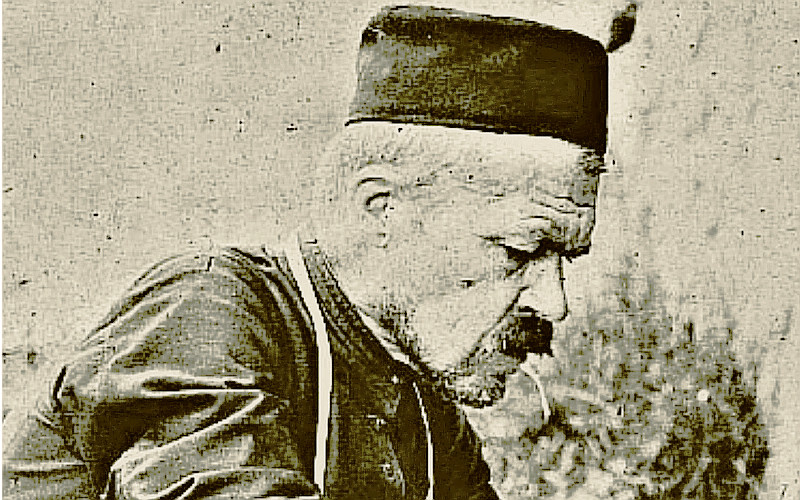 One can get to know a person with a deep inner life (to some extent) due to his statements, observations, letters, favorite mottoes and words. Father Beyzym’s rich correspondence, especially private, mainly the letters to Father Marcin Czermiński and Carmelite nuns opened his inside to us, opened the essential features of his spirituality. His desire to serve, to help the poorest brothers and sisters in Christ in the worse than primitive conditions, in misery and hunger, in alertness, in worries and vexations, in long waiting for his cherished goal fulfillment (the leprosarium construction) and his determination showed Father Beyzym as a person of unshakable faith, of invincible hope, of courageous, discreet, humble, patient, enduring and faithful love to the very end.

Now we would like to have a look at him mainly from his external side and see how everything in him was in harmony – everything, the inner and outer part of his life and activities. His inner life, his apostolic and charitable activities were deeply integrated in him. They were (due to the theological virtues) deeply immersed in God that unites and embraces everything.

He was born on the 15th of May 1850 and was named after St John of Nepomuk, but he never celebrated his name day. He was tall (1,81 m), well built and from the young age he was used to hard physical labor. Father Beyzym was a man of strength and energy. He was able to endure hardships, long walking distances and harshness of life. Being very human and understanding towards the working people, peasants and servants, Father Beyzym was a well liked man. He loved his family with all his heart and through his deeds. In tough situations and circumstances he would help them with his work. His father called him “the most beloved child”.

He had rugged “Tatar” features. He was rough in his demeanor and tried not to show his feelings. He could not always control them, though. He could not hide the compassion and pity towards the fate of the lepers, who suffered from the illness and hunger. “What a heart of gold was hidden under that somewhat rough exterior”,- wrote Father Auguste Niobey about him. “May he ask Our Lord and His Holy Mother to grant us the love, the humbleness and the self-contempt he possessed”. “He did not like to talk about himself and lived in isolation. We know almost nothing about his inner life”.

In his family home he learned to be righteous, honest and dutiful. These features became stronger with the age and due to them, with God’s grace, he could cope with the difficulties, while working with and for the lepers. “Our Father is saint”,- wrote Anna Maria of Visitation about Father Beyzym,- “ he lives unseen. Every good that he does he attributes to others, but the difficulties – only to himself”.

OVERWORKED BEYOND HIS STRENGTH

He lived sparingly and in poverty. To save a penny, he did a lot of work by himself (for example: the frame for Our Lady of Czestochowa image, tabernacle, altar gilding). His way of life was very strict. Sometimes he was reproached that he was “a barbarian”, that he kept away from people, that he avoided the visiting-room. “Oh well, it can’t be helped. I’ll die a barbarian”, - he would answer. “I can’t express myself gently. Just say straight out”. He was very sensitive and emotional despite all his “barbarism”. While reading the letters about the happiness of his dear nuns from the Carmel in Lobzow, that “Tatar-barbarian”, that “rascal” started to cry.

He was lively, even impulsive and impatient by his nature, but seeking help in the prayer, especially through the intercession of Our Holy Mother, he controlled himself. When people were surprised that he remained calm in difficult situations, he used to say:”One must be able to master himself. I have to be violent to myself sometimes and be on the self-guard not to harm the other person, while I feel my blood boiling”. He confessed to Father Czermiński that, when he experienced difficulties and obstacles, and all was building up inside him, “being patient is critical to him in order to keep his spirits up and not to make a row”. Father Vaast (Vedastus) Lefebvre du Pray, the leprosarium construction superintendent, said about Father Beyzym that “he was a character, who did not like his time wasted and had hard times with the superiors as to the patients’ sex division, but was ready to obey... He made an effort to be polite”.

He sometimes used harsh words and was never afraid to tell the truth in the face, exposing the hypocrisy and love with words but not with actions and in truth. He detested the bluff and exaggeration. “I shoot straight. What is in my heart – that comes out on my lips”.

He was overworked beyond his strength. He took so much work on himself that hardly found the time for the breviary. He suffered from the lack of time, but always said that it was good, as he did not have time for boredom while making his work useful for others.

THE PERSON OF A GREAT LOVE

What did the austerity of his every day life look like? He got up at 3:30 in the morning and went to bed (“to sleep a bit”) somewhat between 22:00 and 23:00. He slept on the rough board and ate the food his patients did – a handful of rice without any gravy. He drank tea or water. He never drank alcoholic drinks. He fasted on Wednesdays, Fridays and Saturdays. But it was not enough for him. He desired to live in such poverty and severity as Francis Xavier did. When he got a parcel with some cocoa, sweet things and other delicacies from Krakow, he did not want to leave it for himself. He decided to give it to “a frail and sickly Frenchman”, as St Francis Xavier did not eat such things. “And those sweets were not for his Tatar mouth”.

When he or his job, his leprosarium was criticized, he never lost his heart, but would modestly say:” The deed will progress when I am gone”. “My deed is not finished yet. I must be gone for it to be finished”. “When I am gone, Father Provincial will send another Pole and things will go as they should”.

Fathers (the missionaries from France),who worked in Betsileo, accused him of being stubborn, of imposing his opinion, of having misconceptions, of acting independently in the leprosarium issues, of exaggerating his demands when it went about the welfare of the sick, of keeping away from the community of Fianarantsoa. The opinion of his superiors given a week before his death was illustrious: ”The time, when Father Beyzym leaves us, is close. Someday the resplendent things about him will be written. He is a person of a golden heart that reveals as the illness clears him from the apparent roughness and his specific style of conduct”.

There is an opinion of Father Czermiński given to Father Francis Wernz, the General of the Order, which says:”Est vir magnae caritatis erga Deum et proximos, mortificationis non vulgaris, at ad extra videtur durus et asper, quae causa videtur fuisse dissensionis inter ipsum et Mgr Cazet”.(“He is a man of great love toward God and neighbour and a man of extraordinary self-mortification. He only looks rough and gruff. And that was probably the reason of his disagreement and argument with Bishop Cazet”).