When one reads Father Beyzym’s letters, one gets amazed, stunned with his humility. He protested when he was called “the lepers’ apostle”. He was only their unworthy servant and a complete failure. If there was some noise around his person, it was only because he sent letters to “The Catholic Missions” and asked for donations for his patients. And if there had not been for the Carmelites prayers, he would not have achieved anything because of his incompetence.

TRAINING HIMSELF IN HUMILITY

The leprosarium construction went badly because he himself was bad. That was because of his sins and the lack of self-denial. It would have been better for the patients and Polish Carmel would have been erected on the island if there was somebody else, but him, there. That was Father Beyzym’s opinion about himself, which he, in his “Cossack style”, opposed to the tittles given to him by the Carmelites and others, who admired him and his deeds. He was neither “venerable”, nor “reverent”, but simply “a reprobate, a ruffian, a benchwarmer looking for comfort, conveniences and fleeing from work”. “Eats a lot, but works little".
He used to say that such titles as “most venerable Father” trained him in humility, as they were “as welcome as snow in harvest”. Praising him for his heroism, dedication, work, for suffering deprivation, etc. was like wasting words. It was not even punishment for his sins… Asked whether his patients love him, he would answer: “How one could love such a bastard?” His work for the lepers was his duty and no gratitude was due to him. He wrote in kind to Krakow Ursulines. Father asked them for prayers, saying that his prayers were worthless as he was of no worth himself.
He wrote about himself: “I was and am a complete failure; I am far from humility, dedication and heroism”. Father Beyzym asked sisters-Ursulines for prayers, for him to “become a true servant of Jesus, but not a bastard I am now”. Is he to be “God’s apostle”? But that was a barefaced lie! He was a benchwarmer, a reprobate, an idler. He only offended God. Ne did not do anything to the greater glory of God. 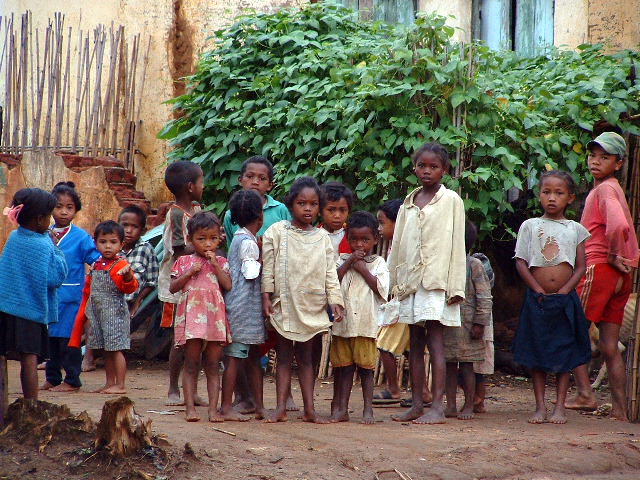 TRUST OF “THE ULTIMATE VILLAIN”

Sometimes, abasing himself, he talked about his deepest desires. Father wrote to Mother Ksawera, the Prioress of Lobzow Carmel:” I am an ultimate villain, I do not want to break away from Our Holy Mother’s will, though”. His humility did not overwhelm him or deprive him of his trust. “My iniquity and unworthiness are immeasurable, but Our Lady’s mercy is greater and I trust”. He was amazed with the incomprehensible love of Jesus, who deigned to enter his filthy soul and did not despise him. He could not understand how Our Most Holy Mother blessed “such a bastard” as he was.
Father Beyzym had been working devotedly and successfully in Jesuit boarding schools in Ternopil and Chyriv, but he would never claim any credit to himself in the Order. “If all of us were as meritorious as I was, the province would be damned”. After ten years of his work on Madagascar he accused himself of doing close to nothing for the greater glory of God.
He saw disfigured, because of wounds, stinking bodies of his patients every single day and found them more beautiful than his sinful soul. Having had the lowest opinion about himself, having himself for “a ruffian and old criminal”, he had others in high esteem, humbling himself with regard to them. “I kiss the Reverend Mother’s footprints”, - wrote he to the Prioress of Lobzow Carmel. The letters from Carmel encouraged him, made him better and comforted him, but he always wondered why the Carmelites respected him so much.
When he wrote to Mother Stanislawa, the Ursuline, that he had spots on his right hand and that could be the leprosy, he immediately added that he would be very glad to have contracted the leprosy as “there would be one old bastard less in this world and less offence to God”. Father was afraid of the Last Judgement, as even Father Marcin Morawski failed to make him a good monk. He was “a villain” and hardly changed. 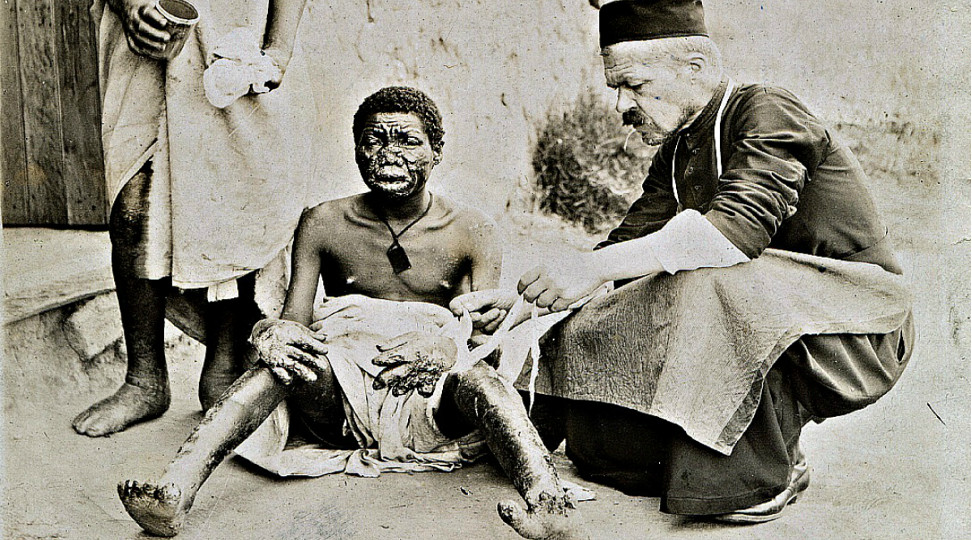 Father celebrated daily Masses with the feeling of freight because of his unworthiness. “The bastard approaches the altar and returns from the altar”, - he stated brutally, having speared neither himself, nor his addressee, former Countess, Mother Ksawera Grocholska, who definitely considered the word “bastard” as the exaggeration and bad taste. Father tried to worthily celebrate the Holy Sacrifice, considering himself completely undeserving.
Being “a sinner and a bastard”, he did not despair, as Carmel prayed for him. Father did not rely on himself, his merits and achievements, he relied on the Carmelites prayers. He was convinced that “thousands of Tartars (Beyzyms) would never obtain the amount of mercy from God as one Carmelite could”. He called Jesus: “Jesus, have mercy on me”, - and asked Him to help Father to improve, as he was “spoiled” long time ago. “Jesus, have mercy on me villain”, - burst out of him in the letter to the Prioress of Lobzow Carmel.
Father would sometimes try to explain and justify, why it was so bad with him. He was alone, without a leader, “like a spoiled brat”, “the rogue the world has ever seen”. “My soul looks awfully miserable and pitiable”, - wrote he to Mother Kazimiera, a Carmelite from Krakow. He – an experienced monk and a priest – learned to surrender to God’s will from his patients, almost uncivilized Malagasy people, from Michael, Rafael, Joseph…
In Father’s last letter to Mother Ksawera from Lobzow Carmel, still hoping to go to Sakhalin, he wrote: “Our Lord Jesus and His Holy Mother are very gracious to me sinner and want to use me in Sakhalin”. He was grateful to Them immensely, but asked Carmelites to thank Jesus and Our Lady for him, since “he was so clumsy”.

TO SUPPRESS YOUR ”I”

Every thing taught him humility and smallness. During a violent thunderstorm he realized his smallness and insignificance compared to the power of the Creator and craved “to suppress his abominable, contemptible “I” that dared to offend God. Everything praises the omnipotence of the Creator, but only men under the burden of a sin, with the wounds on his body and soul, sad and sombre bends to the ground”. God’s mercy came to help, “the love of God to people has no limits. He wants all of us to be with Him forever”.
“What would I give to be able to suppress my “I”, my dirty “I”, which strings me along. If the nasty “I” did not keep people on a string, it would not be as bad in the world as it is now”. Filled with child’s love to Our Holy Mother, he humiliated himself and asked Her to forgive him, as he was not grateful for Her care for him. He experienced the calm times - no malaria, no African flees plague, he did not thank Her, though. “But She, the most gracious, would forgive an old villain”.
Humbly and gratefully Father attributed everything to the Blessed Mother, because, as he used to say, he was a complete failure. She ruled and directed and he was only a tool in Her hands. There was no heroism in his work for the lepers. “Our Holy Mother sent me to take care of them. So, here I am and there is that”.
Humble, small, poor, understanding his badness, always trustful, free of pride and despair, immersed in the mercy of God and Our Holy Mother’s care, he prayed, worked and coped with thousands of difficulties and problems. This was Father Beyzym – small in his unconscious greatness. Great was his love – humble and serving to the very end.