Father Beyzym’s faith was very humble. He did not confide in himself, his services or merits, he sought help in others: on earth and in heavens. In the very beginning of his work for the lepers and being aware of their and his misery (and having no penny to his name) he understood the necessity of the leprosarium construction for the good of the souls and bodies of the ill and prayed fervently to invoke the aid of Mary, St. Ignatius of Loyola, St. Francis Xavier, St Therese of Jesus, those, who being poor themselves, carried out great works with the help of the divine Providence. He also called on the assistance of St. Joseph and Holy Guardian Angels to intercede with Holy Mother on his behalf. 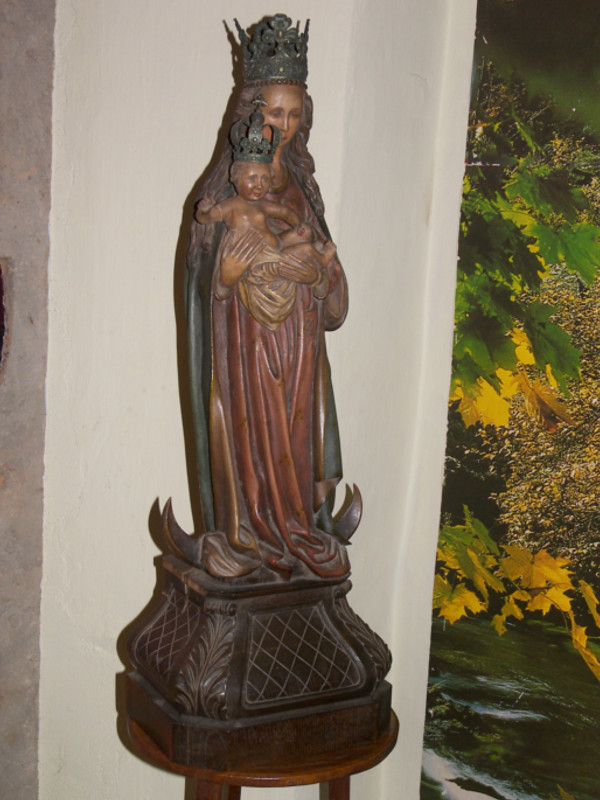 WHERE THE HOLY MOTHER IS A LADY AND ST. JOSEPH IS A TREASURER

Father Beyzym adored and trusted Our Holy Mother eminently. He would advise Carmelites from Lobzow to call on the assistance of St. Joseph with regard to their debts: “For there, where Our Holy Mother is a lady and St. Joseph is a treasurer will lack nothing”. When he understood that he would achieve nothing in a short term perspective, that he would need to wait long and patiently, his desire was to imitate St. Joseph, who could serve and wait, thus doing God’s will. Sympathizing with the Carmelites on Wesola in Krakow, Father wrote to the Prioress that he was praying to Holy Virgin and St. Joseph constantly, asking for charity for them, so all their gratitude was to Mary and St Joseph.

He called St. Joseph “our father” and built a chapel for him, as there should have been a place for St. Joseph in St. Mary’s church. He was glad that he had St. Joseph’s statue, the statues of Our Holy Mother and the Sacred Heart. His Sakhalin mission, full of difficulties and obstacles he entrusted to Mary and St. Joseph. 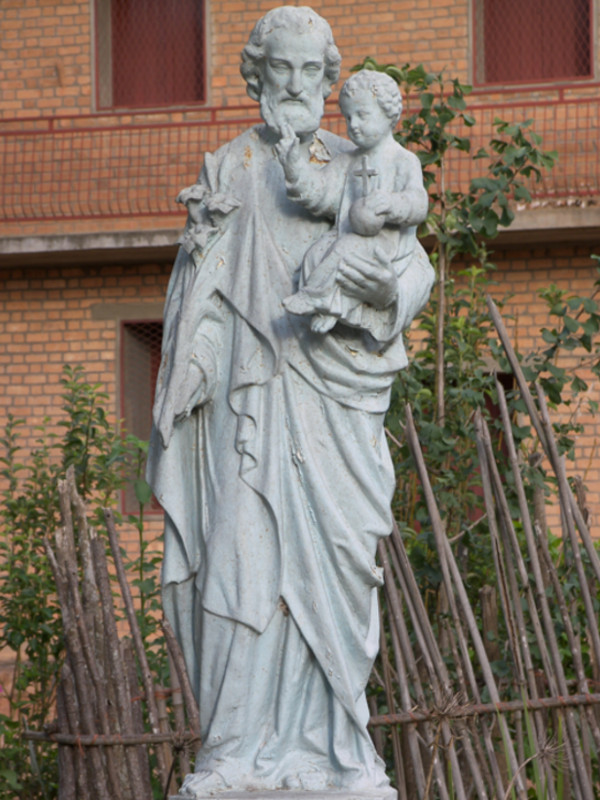 ADORATION OF THE GUARDIAN ANGELS

Father Beyzym had a childlike adoration of the Guardian Angels. In Marcel, on his way to Madagascar, Father wrote to the Wesola Carmelites, asking them to make the sign of the Cross on him and send it through his Holy Guardian Angel together with their prayer and blessing. He also wrote to newly ordained Father Kraupa, asking him, whether he did not forget to send him his priestly blessing through the Guardian Angel.

He needed donations to build a leprosarium. He pleaded to Holy Guardian Angels to inspire the “millionaires” to give generous alms for the ill. The Guardian Angels often warned him. Once returning from Antananarivo, Father felt the urge to hurry up. He attributed this feeling to the Guardian Angels of his patients, as the reason for such a hurry was to administer the last sacraments to the ill woman, who died shortly after that.

When Father understood that he should introduce the sex separation rules in his leprosarium for the good of the souls and bodies of his flock and when he started to talk about that to his Superiors and fellow missionaries, he met the strong opposition from their side. He asked the Guardian Angels of his patients for the assistance in such an important matter.

In the government asylums there was the police, constraint and terror. Father Beyzym’s asylum was managed by Our Lady with the assistance of the Guardian Angels and everything went well and peacefully.

Regarding his Sakhalin mission Father Beyzym pleaded to St. Ignatius of Loyola, St. Francis Xavier, St. Therese, his Guardian Angel and the Angel of the island to intercede with Our Holy Mother on his behalf. He was the follower of bl. Pierre Favre, the great worshiper of Holy Angels.

Father encouraged his sufferers to thank their benefactors in their prayers and explained them that their Holy Guardian Angels take their prayers to Heaven to the feet of Our Lord and His Holy Mother. He believed that the Angels were the contacts between the living and the dead.

He wrote to the Prioress of the Carmel in Lobzow to comfort her as she was ill that if she died before getting his letter, the Holy Guardian Angel would tell her what was in it. 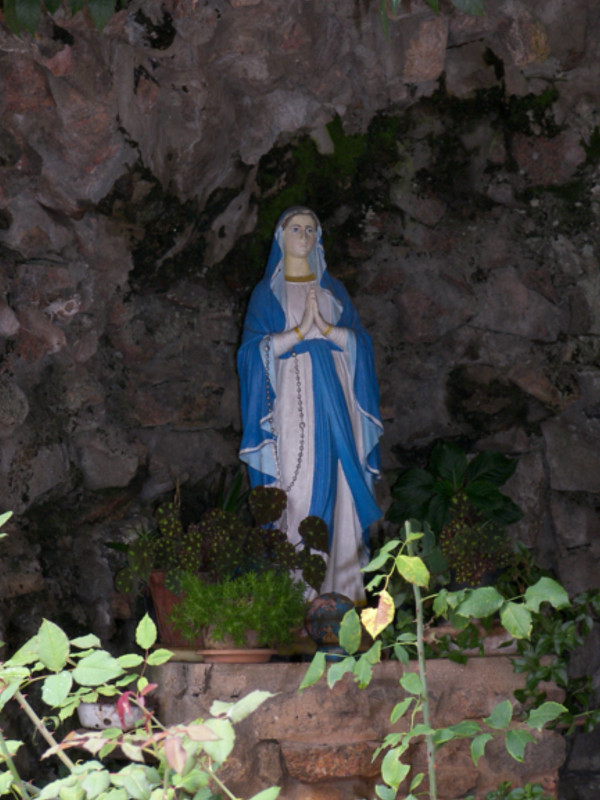 Besides worshipping St. Ignatius of Loyola, who he considered his father, calling himself his “wayward son”, Father Beyzym honored and adored St. Therese of Jesus, transferring this feeling on Carmelites. He loved to read her letters, her books, especially her “Autobiography”, “The Book of Her Foundations”, “The Inner Castle”. He received a lot of graces with her intercession. Father encouraged his patients to worship her and was happy to see the signs of their adoration for her.

He bestowed sincere admiration and love on St. Therese of the Child Jesus. She was not beatified then. He got her biography and relics from the Lobzow Carmelites. He pleaded to her to intercede with Our Lady on his behalf and prayed for her to be raised to the glory of the altars.

In his letter to Sister Maria, the Daughter of Charity on Wawel, Father mentioned St. Martha, the patroness saint of the Daughters of Charity. He celebrated the Mass on St. Martha’s memorial for them so the graces were obtained for the Sisters’ merciful and compassionate service with her intercession.

Father Beyzym was not alone. He had close and faithful friends - Jesus, Mary, Holy Guardian Angels and Saints. He lived in the Communion of Saints, lived by faith that united him with all of them. They were his strength, his comfort to carry the burden of loneliness in the struggles of the everyday life.