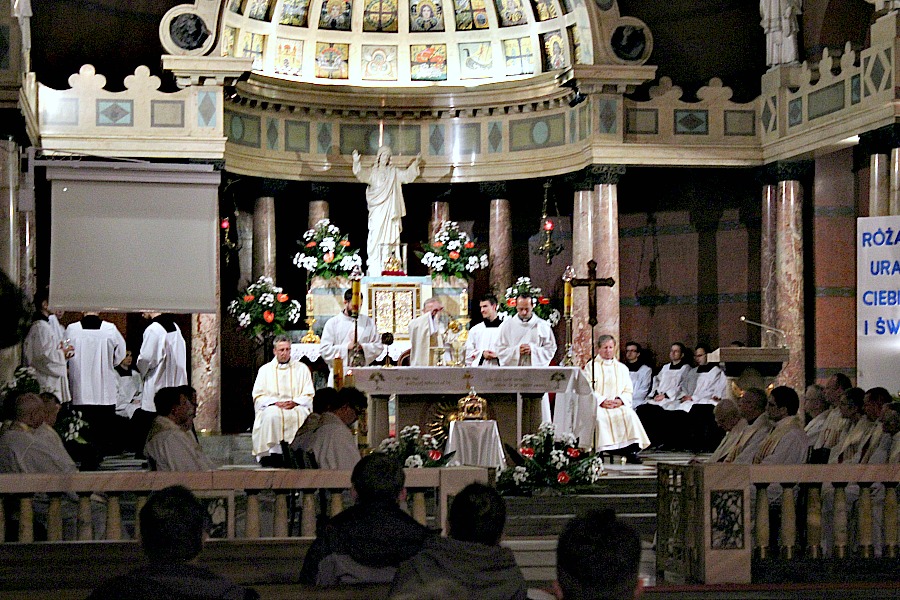 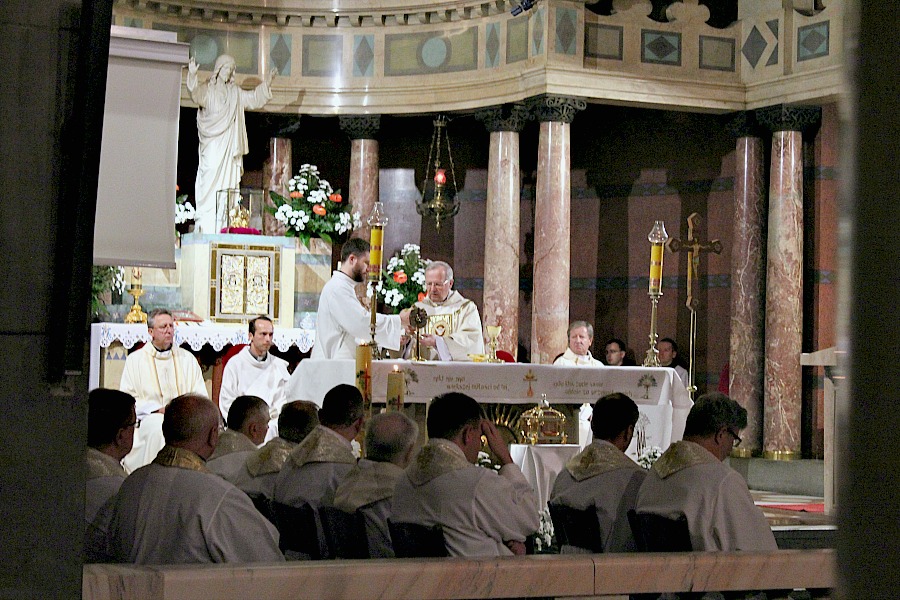 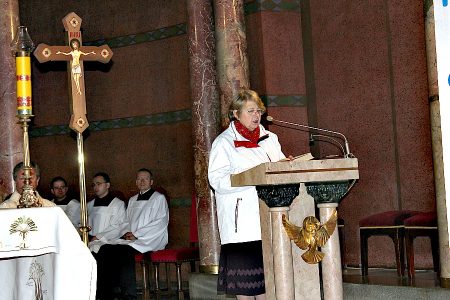 On the 12th of October 2016, the day of the liturgical commemoration of Bl. Father Beyzym, at 6 p.m. in the Basilica of the Sacred Heart of Jesus in Krakow, the Holy Mass was celebrated. (Inside the Basilica on one of the pillars of the right aisle there is a sarcophagus and the relics of the Blessed Father). The Mass was presided by the Provincial of the Jesuit Order Lesser Poland Province Father Boguslaw Steczek SJ, who also delivered the homily. Jesuits from all Krakow houses of the Order took part in St. Eucharist. The members of the Leper Society named after Father Beyzym took part in the Holy Mass too.

Father Beyzym was beatified on Krakow Blonia in 2002. The miracle for Father Beyzym’s beatification case took place in 1997. It was Mr. Marcin’s recovery after the car crash, in which the latter was badly injured and had the contusion of the brain stem. The doctors did not give him better prospects. His friends, in the meantime, “stormed the sky” with the intercession of Father Beyzym, the candidate for the altars at that time. They ordered the Mass in St. Barbara’s church in Krakow. All the changes in Mr. Marcin’s brain stem disappeared and he regained consciousness after the Holy service. The Medical Council found this unexpected recovery unexplainable from the Medical view point. The patient’s health was improving and since he was a non-believer, the second Mass was held for his spiritual recovery.

The patient, after the rehabilitation, left the hospital all by himself. He regained his faith in God as well. He realized that the owed his life and health to Father Beyzym. Mr. Marcin, together with his wife and two children, took part in Father Beyzym’s beatification ceremony on Blonia and went in the procession with gifts.¹ He also attended the Holy Mass on the 12th of October 2016 in the Basilica of the Sacred Heart of Jesus in Krakow.

The 100th anniversary of Father Beyzym’s death and 10 years since he was beatified was in 2012. But studying the maps of the Royal Capital City of Krakow, we may find that there is no Father Beyzym Street in the city of Krak. There are such streets in other cities, though.